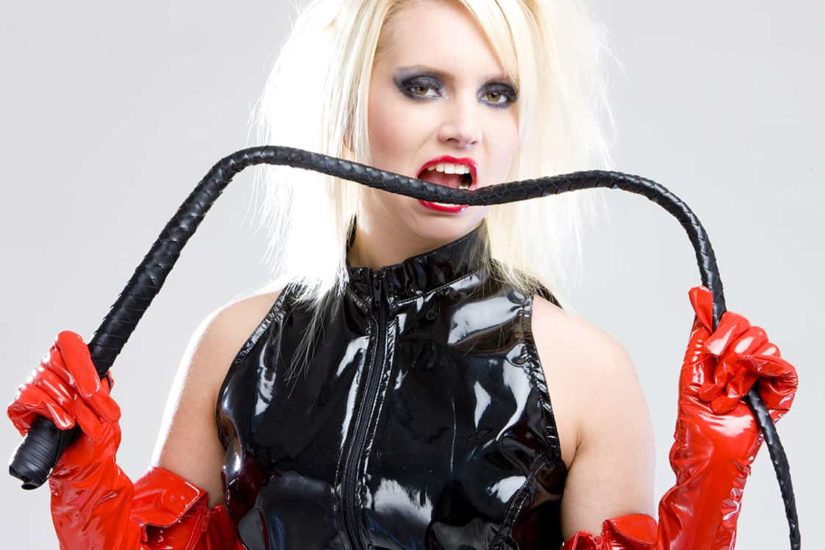 Sadism & Masochism How it Works.

So, which is which?

Sadists are people who derive pleasure, especially sexual gratification, from the infliction of pain. They are typically in the Dom position of a D/s relationship and take the responsibility of delivering as much pain and humiliation as possible to their sub. While sadists wouldn’t typically get off on such pain outside of a Dungeon or play scene, there seems to be nearly no limit for them within the confines of consensual play. But looks are always deceiving.

Just how much could a sadist potentially give?

That depends on the sadist. It would depend on what they’re comfortable giving on any given day. Other factors that would impact their play (no pun intended)would be how many hours they spent at work, how much time they spent doing chores or errands, and whether they had enough rest the night before. All of these are pertinent in determining whether play would occur at all for it would be negligent of a Dom to beat their submissive with only four hours of sleep under their belt.

Once the safe word is called, all restraints are removed and the Dom goes into the after-caremode

As well, many Doms have to gauge the receptiveness of their sub. A safe word is used in all scenes to determine when the sub is tapping out. Once the safe word is called, all restraints are removed and the Dom goes into the after-caremode. This is the space which allows both Dom and sub to come down from their kinky highs in order to return to the normal world beyond. (Which, understandably, most of us kinksters don’t really want to return to…but ,alas, the bills must be paid!)

When engaging in a sadistic scene, the Dom may use various forms of humiliation and abuse to inflict pain. They may have an arsenal of tools in a treasure chest which could elicit moans of pleasure or cries of pain. These tools can include whips, slappers, paddles, canes, floggers, a bag of oranges, or even some common household items like brushes and spatulas. Other items could include knives, safety pins, needles, or other weapons for psychological—or sometimes physical—harm.

Akey element to these scenes is—after agreeing to them, of course—convincing the sub that there is no way to escape. There is no real way out from the punishment they are about to receive. They’re trapped in the Dom’s basement for an extended and unknown period of time in which the Dom will do all that they can to inflict as much harm as possible.

You hold up a lighter and flick it once,

Imagine being shrouded in darkness with only a single, dim light hanging above your sub. They’re strapped to a chair with nothing else near them, save for the table holding only a few of your favorite toys. You hold up a lighter and flick it once, just enough for your sub to hear that you’re holding a lighter.You draw close to them and announce that you’re about to burn their skin. They begin to quiver and shake, maybe even whimper, as you tease them with the lighter close to their skin. Even if you did burn them, they wouldn’t be able to move—and they know that.

This is all part of the psychological torture that could come with being a sadist.So, if you got a little aroused from that, there’s a chance you’re a sadist!

We’ve mentioned the physical harm as well as psychological, but what about the emotional aspects of sadism? There is a certain element of pleasure that sadists may gain from seeing their sub degraded to the point of utter defeat.Although it takes place in the mind, it’s a relatively physical process.Imagine having your sub strapped down and repetitively beating it into their brain that they are scum. Picture for a moment how the sub would look after a few lashes—worn and torn up with their shoulders drooping, perhaps tensing still under the weight of your whip.

This begs the question: if sadists don’t like causing pain outside of theBDSM realm, then why do they do it?

This is another area where it depends on the sadist. Many sadists claim that having such power over another human being makes them feel like a deity. It gives them unbelievable confidence that could carry into the next day at work, improve their performance at other tasks, and overall make them better people. They are in tune with the nature of those around them, especially with the emotional appearance of others. They are receptive to it. And with that sort of responsibility, it gives them the experience necessary for other walks of life(with less of the whipping, of course.)

One could similarly apply all of the above to the bottom of the spectrum—the masochists. These folx are beyond enthralled with the idea of being beaten into submission or stripped of their humanity entirely. Masochists get off on receiving pain, humiliation, and degradation. To the extent that they can handle is all up to them and is always discussed prior to playing.

Much like Doms, masochists take only as much as they can handle. While they might have agreed to one hundred canings earlier in the day, they might arrive at their Dom’s apartment and realize they can only handle fifty. This is entirely okay and is all part of the process of enjoying pain. Having too much pain could result in a burn out for both parties which would simply ruin the fun of having these sessions to begin with.

The influence on receiving pain could be previous states of emotional distress,receiving unexpected bills, having a hard day at work, engaging with difficult people, or generally feeling unwell from exposure to common illnesses like colds,cases of flu, or allergies. All of these can have a hand in determining whether a masochist will play or stay home.

Many people call this subspace.

If well enough to play, the goal for masochists is to reach a state of euphoria.Many people call this subspace. It’s a delightful trip into the world beyond and has multiple benefits for the masochist. Being responsible for so little can be utterly liberating. It provides a safe place where the sub can let go absolutely and become one with the sensations of their body. These physical sensations can include burns, scratches, soreness, and complete restraint from being able to move.

Aresulting burn from rope could be intoxicating for a masochist. It’s a reminder of the pain and suffering they endured in order to make it through the night, and this is reinforced during the after-care time with their Dom. Because being broken down means they need to be built back up. This is a crucial part of the process! Pain ultimately is the goal, but only for the purposes of being able to have that spiritual experience. A masochist left without much after-care could become far too depressed to perform again or could lose focus in their daily lives.

After-care can take many forms. It can be the Dom cradling their sub while humming gently;a series of kisses accompanied by soft music; a collection of encouraging phrases such as “good job” and “look how well you did” to build the sub backup; a milkshake for consumption and a stuffy for cuddling; a soft or weighted blanket to make the sub feel safe again; and, most importantly, communication.

Sadists and masochists use communication to get to that delightful pain high they’re chasing. In order to make sure that no mistakes are repeated, it’s crucial for both parties to communicate how the scene went for them. This might take place directly after the scene is over or a few days later when they’ve both had time to clear their heads. Often, good Doms will check on their subs with a phone call or message in order to engage in that conversation. It’s so important to their connection to have that sort of open dialogue and it could make the next scene even better!

While masochists love being shoved into the dirt privately, they would not appreciate such a thing outside the Dungeon. An imperative part of engaging with these desires is to make sure we’re being respectful of others. Talking to a sub outside of a scene would require the same mindfulness and respect we would grant a friend. The same applies to Doms—they might not want to be treated like the all-powerful deity they feel like they are in the pit. This is where communication can save the day.

Some sadists and masochists may end up agreeing on a 24/7 agreement which means that their play never stops. This is serious play business and we would only recommend it for those who have the experience necessary to cope with it. There are some who enjoy being the very heel of their Mistress’s boot and others who just wanted to be treated like furniture in the house. Whatever they choose ,it’s for them to enjoy—we definitely don’t kink-shame here!

If you’re thinking about dipping your toes into the sadomasochism pool, it’s important to remember some of what we mentioned above:

Top or Bottom?  your Choice..

-Outline what you want first. Are you interested in being Top or bottom?Do you have an aversion to breaking the skin? Do you love being degraded? What is your safe word? These are some important questions to ask yourself.

-Choose someone who has experience and can be receptive to your needs. Don’t be afraid to reference-check them with other play partners they might have listed on their FetLife. Be thorough in your search.

– Communicate your needs with your potential partner—every single one! Don’t leave anything out that would be important to your play safety.

-Meet them in a public place if you’re meeting them off the internet. We might be weirdos, but there is a limit to our weirdness when it applies to being safe. Never meet someone who insists on coming to their apartment right off the bat—stranger danger! If you are using a dating site stick with an established and well moderated site like fetishwombat.com or altdesires.com

-Be sure to tell a friend if you’re meeting up with someone to play. Tell them your safety phrase, your location, and who you will be with. Let them know that if you don’t call at a certain time, that they should send help.

-When in a scene, listen to your body. You could mentally want more when your body might be physically tapped out. Keep those lines of communication open with your partner and let them know when things are too rough.

Ultimately, we want you to enjoy your time exploring. Having pain as an addition to play can be liberating, rewarding, and orgasmic. It could open the doors to satisfactory play for you as you journey through the world of kink. If you ever have any doubts, speak to kinksters who have the experience. Ask them if they wouldn’t mind telling you about their time in Dominant or submissive positions and be respectful when doing so. It can be incredibly valuable information to have when first getting into it!

Nowthat you’ve seen how far down the rabbit hole sadists and masochists go, which one do you think you are?

Recommended Site of the Month